Binge drinking is defined as a pattern of drinking that brings a person’s blood alcohol concentration (BAC) to 0.08 grams per deciliter (g/dL) or above. Understanding binge drinking is important because it can lead to health problems, blackouts, and negative consequences. People who binge drink are more likely to develop liver disease, cancer, and other illnesses.

Understanding the signs of binge drinking can help you identify if you are a problem drinker and if you need professional help. Binge drinkers usually are not able to stop once they take their first drink. They may not drink every day or even every other day but when they do drink, it is always in excess.

Talk to a doctor or an admissions coordinator at an alcohol rehab if you think you or someone you know might have a problem with binge drinking. They can help you determine if there’s a problem and how to solve it.

Blackout drinkers are the type of drinker consume alcohol to the point of blacking out (not being able to remember or recollect their actions). This is a side effect come alcoholics experience.

Once the first drink is consumed the drinker falls under a type of fog where their behavior changes and they can’t recall their actions the next day. Sometimes drinkers try to blackout on purpose in an attempt to forget about problems or to relieve boredom or loneliness.

Blackout drinking is dangerous because it can have serious consequences and the level of alertness is greatly diminished. Health-wise, blackout drinking can lead to dehydration and liver and brain damage.

The chances of having an accident or sustaining an injury are higher for individuals who are blackout drunks. Blackout drinking can also be a gateway to harder drugs like cocaine. If you or someone you know is a blackout drinker, getting help is essential. There are many resources available, including Alcoholics Anonymous and other 12-step programs. With the right help, it’s possible to overcome this problem and live a healthy, happy life.

How Many People Are Binge Drinkers?

About 6 million can be classified as binge drinkers. According to the National Institute on Substance Abuse and Alcoholism, about 15 million adults in the United States suffer from alcohol use disorder.

Binge drinking is most common among young adults aged 18-34. More than 90% of the alcohol consumed by youth under the legal drinking age of 21 in the United States is consumed during binge drinking episodes.

Binge drinking can lead to:

Binge drinking vs. Social drinking has been a controversial topic for many years. Some people see binge drinking as a way to let loose and have fun while socializing with friends, while others see it as a dangerous activity that can lead to alcohol addiction. So, what is the difference between the two?

Binge drinking is consuming large amounts of alcohol in a short period, typically more than four drinks for women and five drinks for men within 2 hours. Binge drinkers usually do this to get drunk quickly and feel the effects of alcohol more intensely.

This type of drinking can often lead to risky behavior, such as unprotected sex, driving under the influence, and blacking out. It can also cause short-term health problems, such as vomiting, dehydration, and low blood sugar. In extreme cases, it can lead to alcohol poisoning and even death.

Social drinking is defined as consuming small amounts of alcohol in a social setting, such as at a party or bar. Social drinkers typically drink slowly and don’t drink to excess. They may have 1 or 2 drinks throughout the evening and then stop when they start to feel buzzed. Social drinking is legal for anyone over the age of 21 and is generally considered safe and does not usually lead to negative consequences.

Health care professionals generally consider binge drinking and alcoholism two different things. Binge drinking is defined as drinking excessive alcohol in a short period. While this behavior can lead to health problems, it does not necessarily mean that the individual is addicted to alcohol.

Alcoholism, on the other hand, is a chronic disease that is characterized by a strong compulsion to drink, despite the negative consequences. Health care professionals often use a variety of criteria to diagnose alcoholism, including whether the individual has tried to quit drinking and been unable to do so. While binge drinking can be harmful, it does not typically have the same long-term effects as alcoholism.

In the short term, binge drinking can cause slurred speech, impaired vision, and coordination problems. It can also lead to vomiting, blackouts, and even alcohol poisoning. Long-term effects of binge drinking include liver damage, high blood pressure, heart disease, and an increased risk of cancer.

Several signs may indicate someone is binge drinking, including:

It’sIt’s no secret that binge drinking can lead to serious health consequences. Everything from liver damage to heart disease can be exacerbated by excessive alcohol consumption. In fact, according to the CDC, alcohol is responsible for more than 95,000 deaths in the United States every year, also with economic costs.

How Many People Are Binge Drinkers?

About 6 million can be classified as binge drinkers. According to the National Institute on Alcohol Abuse and Alcoholism, about 15 million adults in the United States suffer from alcohol use disorder.

What is The Difference Between Binge Drinking and Social Drinking?

Is Binge Drinking Bad For You?

How To Prevent Binge Drinking

There are many ways to prevent binge drinking, but the most important is to be aware of its risks and consequences. Here are a few tips for preventing binge heavy drinking:

If none of these things are helpful, then seeking inpatient rehab might be the best option for you. At Magnified Health Systems, we are standing by and available to help you.

CDC. (2022, April 14). Drinking too much alcohol can harm your health. learn the facts. Centers for Disease Control and Prevention. Retrieved December 21, 2022, from https://www.cdc.gov/alcohol/fact-sheets/alcohol-use.htm 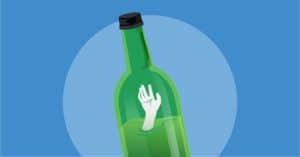 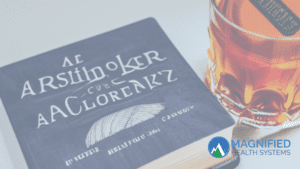 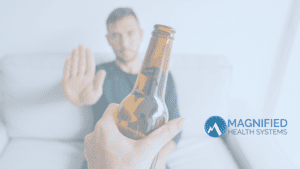 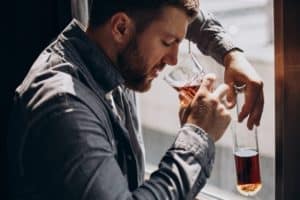 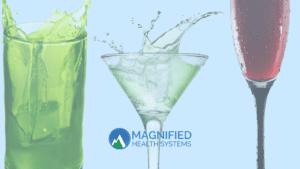