Obsessive-compulsive disorder (OCD) affects around 1% of the population in America. It involves recurrent actions or thoughts that are unwanted. These obsessive-compulsive compulsive thoughts take up one’s time and energy. Someone suffering from OCD will find it hard to keep a healthy daily routine while managing these distractions.

Similar to many anxiety disorders and depression, drug and alcohol addiction will coexist with OCD. This pairing can lead to disastrous mental and physical damage. It is important in these types of dual diagnosis situations of OCD and drug addiction, to get proper treatment for both disorders.

On average, people are usually diagnosed with OCD in their late teens, around 19 years old. It is quite a draining mental condition that makes one feel like their brain is “stuck” on the same thoughts, urges, and images. These obsessive thoughts can lead to repetitive actions or compulsions that temporarily seem to ease the agony. Living with OCD can make you emotionally overwhelmed and physically tired. However, understanding how obsessive-compulsive disorder negatively impacts the brain can go the mile in helping you better manage the condition and make its treatment more effective. Individuals who suffer from OCD are also at an increased risk of developing an addiction.

Due to the mental and emotional pain OCD inflicts on its sufferers, some can end up self-medicating with drugs and alcohol. Many movies and television shows tend to portray OCD sufferers as nervous, hyper-organized but generally overall healthy. This is however not the case in real life,OCD tends to disrupt people’s homes, family lives, and work.

Coping with OCD obsessions can be tiring. Many find that self-medicating with drugs provides a short relief. This often leads to repeated abuse when these thoughts and urges arise. If this continues for a while, alcohol and drug abuse can take shape.

The most successful way to beat co-occurring addiction and OCD is treating them both at the same time. Cognitive-behavioral therapy is effective in treating both drug addiction and OCD. It is a mental health form of counseling that teaches people with OCD to cope with their unwanted feelings and thoughts that lead to drug abuse.

Antidepressant medication is also used to treat OCD symptoms. It is important to keep in mind that addiction is a mental illness. OCD’s symptoms can be treated with medication, however, overcoming addiction will need constant attention to avoid relapse.

In some situations, OCD goes underdiagnosed and undertreated even though it is a relatively common illness. This is a result of barriers to success in Cognitive Behavior Therapy. Some of these reasons are;

Medication is an effective way to treat OCD. To work, they must be taken regularly and as directed by the doctor. Research has shown that a type of drug called a serotonin reuptake inhibitor (SRI) is effective in addressing OCD symptoms.

The following antidepressants have been noted to work well in relieving OCD symptoms:

These medications work by boosting the hormone in the brain called serotonin.This is a key mood stabilizer that also helps with proper sleep patterns. Low levels of Serotonin may lead to depression and anxiety.

There might be side effects experienced while taking these kinds of drugs. These side effects can be managed by adjusting the dose or changing what time the drug is taken.

Other Treatment Options For OCD

A few intensive residential programs have been developed such as Intensive outpatient and residential treatment programs which focus on interdisciplinary care. This incorporates the joint expertise of health care professionals such as doctors, nurses, social workers and occupational therapists to actualize individualized treatment plans that aim at managing OCD symptoms that are difficult to treat using standard therapies

When OCD patients do not benefit from cognitive behavioral therapy, medication or a combination of the two, Transcranial magnetic stimulation (TMS) has emerged as a new option for OCD treatment. TMS is a non-invasive procedure that stimulates the brain using magnetic fields.

What Indicates OCD in children and adolescents?

How does an individual with OCD behave?

Obsessions with OCD are intrusive, recurrent, unwelcome thoughts, desires, or visions that are distressing or anxious. You might try to avoid them or get rid of them by engaging in a ritual or compulsive behavior. These obsessions usually interfere with your ability to think clearly or complete other tasks.

What are a few OCD red flags?

OCD's prior warning indicators are, viz:

What causes OCD in the first place?

Experts are uncertain of OCD's precise cause. The environment, genetics, and anomalies of the brain are regarded to be contributing factors. It frequently begins in adolescence or early adulthood. However, it can also start in infancy.

What age is the typical OCD diagnosis?

OCD frequently manifests in childhood or adolescence and typically starts before the age of 25. Men appear to experience symptoms at a mean age that is a little younger than women when seeking treatment.

Who is most susceptible to OCD?

The most frequent OCD triggers occur in older adolescents or young adults. According to studies, late adolescence is when OCD development is more susceptible. Those who have a family member with OCD or Tourette Syndrome are most at risk, and boys are more likely than girls to experience the onset of OCD before puberty.

After receiving treatment, some OCD sufferers can be healed completely. Others may still have OCD, but their symptoms are significantly reduced. Treatment plans frequently combine medication with dietary changes and behavior treatment.

Is OCD inherited or acquired?

Uncertainty surrounds the OCD inheritance pattern. Overall, compared to the general public, first-degree relatives of those with the condition—such as siblings or children—are at higher risk of having it.

How does the OCD brain function?

As per studies, OCD sufferers have excessive brain activity in the orbitofrontal cortex (OFC) and anterior cingulate cortex (ACC), which may account for their intrusive thoughts and elevated anxiety levels.

What foods are beneficial for OCD?

Support And Help For OCD Patients

OCD is a treatable disease that should not be associated with trauma. Anyone suffering from OCD can contact us for treatment and support. You are not alone, call us today. Our professional team will work with you on the best treatment plan possible. 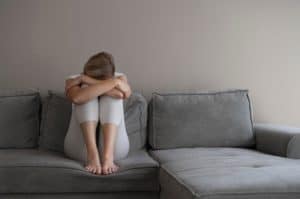 What is Depression? Types, Treatment & Importance 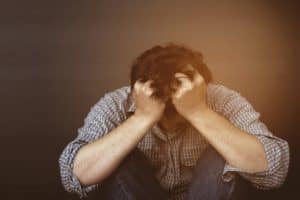 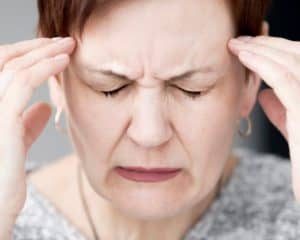 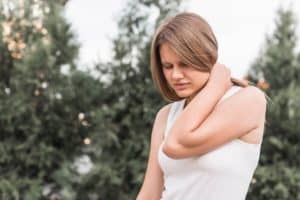